The Good, the Bad, the Beautiful…and the O’Briens

In the opening chapters the author records his father Toby’s remarkable career in PR. This began just before World War II with Toby becoming responsible for taking the initiative away from Germany’s propaganda machine controlled by the well organized and funded Nazi party. After the war Toby was one of the first political spin-doctors, worked for the Conservative Party and later rose to be the doyen of commercial and international PR in the UK. Later in the book, Donough picks up his own story and this really comes to life when he joins the Irish Guards. He then treats us to four years of amusing military recollections. On leaving, the author started civilian work in a London that is just beginning to come alive – the Swinging Sixties have arrived. Like his father he goes into PR and records a memoir of the most colourful people of the period. The glamorous certainly feature – Joanna Lumley, Jacqueline Bisset and Charlotte Rampling are just some. His involvement in the opening of the trendiest nightclub of the period, Sibylla’s, with its guest list of all the greats of rock n’ roll is another seminal moment. 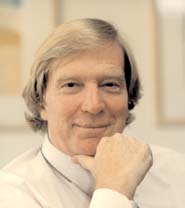 Donough’s story doesn’t just stop in the Sixties – he has continued in an active and successful PR career and is currently managing director of Spring O’Brien. He has been married three times and has two children.