The men who ruled the empire

Christopher Lee (author of Royal Ceremony, Monarchy and This Sceptred Isle) embarks on a journey to explore the men who ruled the British Empire, in particular through the lens of the Viceroys of India, the ‘jewel in the crown’.

This comprehensive history covers three hundred years from the first establishments of British trading posts in the 17th century, followed by the gradual consolidation of political power there, and culminating in the imperial splendour of the last decades before independence.

With his usual scholarly insight and wry historical commentary, Lee explores those ‘men on the spot’, who built and reigned over the lands of the empire; their often fraught relations with the governments back home; their own power-political intrigues with each other as well as the native rulers; and a look at India before and after the British era.

This is a period of British, and indeed world history that is worthy of significant consideration and analysis, and Lee’s measured yet sweeping account does just this. 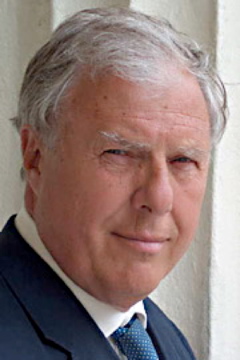 Christopher Lee is a former BBC Royal Correspondent. He advised BBC Radio 4 on the constitutional and historic aspects of the wedding of Prince William and is a member of their commentary team for all royal occasions. Lee is the Editor of Churchill’s A History of the English-speaking Peoples, has written numerous books and over 100 radio plays, including the long running series, Our Brave Boys, and the award-winning Trial of Walter Raleigh. His Radio 4 history of Britain, from the Romans to the death of Victoria, This Sceptred Isle and The British Empire were both multi-award winning series. More recently he wrote Monarchy, also published by Bene Factum, on the history and future of the institution itself.