SPACE HAS NO FRONTIER
by
John Bromley-Davenport

The terrestrial life and times of Sir Bernard Lovell

We can apply the spectroscope to gain an understanding of the sunset; we can send a space probe to Venus; but we may never apprehend the ethos of the evening star.

The extraordinary life of Bernard Lovell began before the First World War and his story encompasses many of the great events of last hundred years: the Second World War, the invention of radio astronomy, the space race, the Moon landings, the exploration of the Solar System, the Cold War, the Cuban missile crisis and the defence of Britain against nuclear attack. It can now be revealed that he was also a spy.

“He ranks as one of the great visionary leaders of science,” Martin Rees, the Astronomer Royal, said of him.  The great radio telescope which Lovell built became and remains one of the most important scientific instruments in the World. The Jodrell Bank Observatory and the Lovell Telescope have held their place at the frontier of research for fifty five years.

This book seeks to explore succinctly and accessibly Lovell’s life and achievements in the scientific and political context of the time. His legacy remains great, as can be seen from the extensive media coverage and personal tributes that his death in 2012 attracted all over the world. With the seventieth anniversaries of many wartime events in which he played a crucial role, as well as the recent declassification of information relating to his activities as an agent in the Cold War, this biography is sure to have a broad and timely interest.

“A great man…Jodrell Bank, the home of Stargazing, is his legacy”
Professor Brian Cox 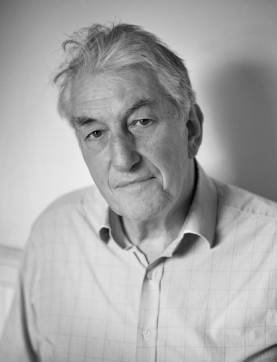 John Bromley-Davenport QC is a successful barrister, actor and public speaker. Alongside his legal career he has become well known on both sides of the Atlantic for his solo adaptations of Dickens’ A Christmas Carol and Jerome K. Jerome’s Three Men in a Boat, both of which have been met with ongoing media acclaim over three decades. He has also contributed and published articles in various mainstream print publications, including The Times, the Daily Telegraph and the Daily Mail.

Also available as an eBook from Amazon and other e-tailers.