LORD OF THE ISLE
by
Nicolas Courtney

The Extravagant Life and Times of Colin Tennant

“It is so typical of Colin Tennant, the 3rd Baron Glenconner, that a biography of him does not end with his dramatic death outside the hospital in Souffrière in St Lucia for, as in his eventful life, his story twists and turns in many diverse and unexpected directions…”

Lord of the Isle is the long-awaited biography of the late Lord Glenconner, who was often unconventional and always newsworthy, even after his death.

Nicolas Courtney honestly and affectionately tells the story of his close friend Colin Tennant who lived a life of indulgence and eccentricity. This is the untold and fascinating tale of how Colin bought the island of Mustique in the West Indies and turned it into one of the world’s most exclusive holiday destinations, frequented by rock stars and royalty alike. From first-hand accounts of amusing anecdotes, remarkable escapades and legendary parties, to previously unseen family papers and photographs, this book reveals the truth about a life that was sometimes tragic, frequently entertaining and always exceptional.

Nicholas Courtney is an author, broadcaster and lecturer. A qualified land agent, Colin Tennant appointed him as general manager of the Island of Mustique during the pioneer years (the early 1970s), and he was to stay for four years. Thereafter, they remained close friends. Over the next four decades Nicholas attended all Colin’s glamorous parties in London, the Caribbean and Scotland and accompanied him on many expeditions to India, Africa and the West Indies. He was ghosting Colin’s autobiography when he died and, as his literary executor, he has had unparalleled acces 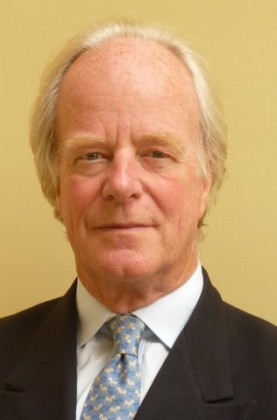 s to thousands of unseen family papers and photographs for this biography, as well as the help of the family and many friends. On leaving Mustique, Nicholas turned to writing non-fiction and amongst his many works are the award-winning Gale Force 10, a biography of Admiral Beaufort, The Queen’s Stamps, Uncle Cox, and Swinley Special. He lives in London and Cornwall with his wife, Vanessa. He is currently a PhD student at the University of the West Indies, Barbados.

Also available as an eBook through Amazon and other e-tailers.